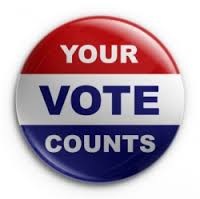 As Election Day 2016 fades behind us, we are continually bombarded by the media hype and pundit’s blather about the results. America’s worst nightmare has come true: the mob has elected a man who is only dedicated to making himself, his family and his rich, conservative  friends richer at the taxpayer’s expense. Frankly I cannot believe that the American electorate is so dumb as to have actually fallen for and voted for con-man Donald Trump. But then Americans have always been suckers for a flashy, bombastic MARKETING campaign which promises them EVERYTHING and then delivers NOTHING but problems.

However, WHITE Americans are rather upset with government right now because of its failure to provide for them what they think they need. That failure is mostly due to the white conservative right wingers in Congress “just saying NO” to everything! What is so stupid about this is they way the white babies whine and cry for the very same things that EVERY American wants. And yet, they think that only they should be getting those things.

To anyone who has been politically awake these past 6 years, the cause of the problem is so blatantly evident that to imagine that everyone doesn’t see it is horribly frustrating. The reptiles have blocked everything which the Administration tried to do and then accused that same Administration of obstruction when it wouldn’t vote for their conservative measures. Then the relatively uninformed public bought into the lie and voted for – – you guessed it!! – – the reptiles. Really?

How can they be so dumb you ask? Well, all you really need to understand that they – the uninformed masses – have much more important things to do such as look after their family, job and welfare and just don’t have time to spend ferreting out the truth about the reptiles. Fox Fantasy (news – yeah sure) dishes out it’s form of “The National Enquirer” pablum and FALSE NEWS on a daily basis which the uninformed watch and accept as their “news” source, the MULTI-MILLIOINAIRE right wing radio  jocks, like Limbaugh and Hannity, dish out their sophistry, fake news and bullcrap and voa-la’, there you have PART it.To this mix you add the Lying trump and his “only I have the answers” crap and you have the rest of the reason that America has run off the tracks.

Bullshit thrives and truth takes a walk. Remember, studies show that 85% of Americans believe in ghosts so it is no stretch of the imagination for them to believe in fox fantasy, lying trump and the rest of these Trumpies.

So, when we say GOTDV (Get Out The Democratic Vote) begins NOW! We mean it!