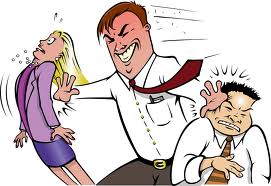 Bruised in heated town halls in Florida, Tennessee, Georgia and elsewhere, the right wing in Congress now realizes it could pay a steep political price for throwing tens of millions of people off their health care, destabilizing our health care system, and putting people at risk of death.

“I’m fighting Congress for my life,” Virginian Matt Skeens, a grassroots leader with Virginia Organizing, told local media and NBC Nightly News during a protest on February 9. Skeens has twice survived cancer and was able to have a brain tumor removed thanks to his coverage under the Affordable Care Act (ACA).

Protesters like Skeens have thrown a wrench in Republican plans to quickly repeal the ACA.

But the right wing still has its heart set on eviscerating the health care programs that families across the United States have come to count on – not only the ACA but also Medicaid and Medicare, which have provided coverage since 1965.

The changes they want are massive: slashing public investment in health care by trillions of dollars, handing the rich a tax cut, and moving the country further away from establishing health care as a public good.

To accomplish this plan, the right wing is burying their true goals under policy buzzwords and misleading claims, while misrepresenting the ACA and Medicaid in slippery language and flat-out lies.

We got a taste of that during a televised town hall debate on CNN between Sen. Bernie Sanders (I-Vt.) and Sen. Ted Cruz (R-Texas). Cruz told a breast cancer survivor that all significant Republican plans “protect people in [her] situation,” meaning people with preexisting conditions. But get beyond the rhetoric and you will find that people with preexisting conditions face significant risks under the Republican plans.

The week of February 19, during what’s being called “Resistance Recess,” you are urged to go to a town hall meeting or a rally to call out members of Congress who are hiding behind falsehoods and propaganda. Use this link to find a Resistance Recess event in your area, or create an event of your own.

READ THE REST OF THE ARTICLE HERE