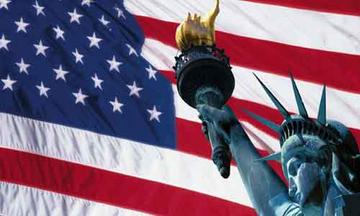 On December 7th, 1941 America was Attacked by the Empire of Japan at Pearl Harbor. This lead to America’s entry into World War II. That war was responsible for over 50 Million humans dying world-wide as a direct cause of the conflict.

On September 11th, 2001 America was Attacked by Saudi Arabian and Pakistani Terrorists at the Direction of Osama Bin Lauden, a Saudi National. This lead to America attacking the Terrorist Organization Alkaida in Afghanistan and later expanding our attack to Iraq – a country not involved but implicated in other Terrorist activities. Eventually, our Democratic President Barack Obama had Bin Lauden tracked down and killed – in Pakistan just a few miles from one of their Military Academies.

Beginning in 2017, the American election system was Attacked by Russian intelligence agencies in an effort to sway the election to a man they wanted as our leader and to disrupt our election process. This has lead to . . . . NOTHING!

The newly elected President (the choice of the Russians) claims that news of this attack is False News. He has venerated Russian Dictator Putin, a murder and leader who has lead his country into ruin, as a Great Man.

The American Republican Conservatives who are currently in charge of both houses of the Federal Government have decided NOT TO INVESTIGATE because such an investigation might cast doubt on their hero – Donald Trump. They consistently put their Party and their WRICH constituents ahead of American interests while stating that they represent a majority of Americans – just another one of their lies.

YOU need to get involved in FORCING our Congress to INVESTIGATE this attack and responding appropriately. At a very minimum, Russia needs to be held accountable, punished by us for their meddling and ostracized by the International Community. We need to retaliate forcefully. Perhaps, we should turn off Russia’s access to the internet at their border – a very doable process – and then make it clear that we will shut off their telephone communications IF they continue to be the aggressor nation in Europe.  These actions would cripple and eventually bankrupt Russia if they refuse to comply. DO NOT FEAR that they would go to war. Their antiquated and demoralized military may be scary to a small country like Ukraine,  but it would NEVER get into an out and out conflict with NATO which would totally destroy them in short order. They may be bullies but they are not stupid.