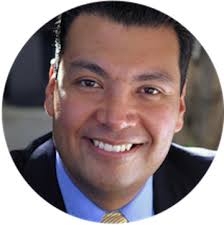 ‘The greatest threat to voting rights in the past half-century’ 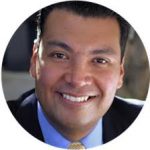 Two years ago, President Barack Obama marked the 50th anniversary of the Voting Rights Act with a White House summit on protecting and expanding the right to vote.

As California’s chief elections officer, I was invited to this significant event. It was an inspiring day, meeting in the Oval Office with the president and Georgia Rep. John Lewis, the civil rights icon, and joining voting rights advocates from across the country in a series of panels.

Sunday marks the 52nd anniversary of the signing of the Voting Rights Act. The contrast in the White House could not be more stark.

Our current president believes, without evidence, that millions of “illegal votes” cost him the popular vote. He has created a sham “Election Integrity Commission” headed by Kansas Secretary of State Kris Kobach, the nation’s foremost vote suppressor, to place barriers between American citizens and their right to vote.

Make no mistake: We are facing the greatest threat to voting rights in the past half-century.

The first act of the “commission” was to request a wide range of personal information of every registered voter in America including their full name, date of birth, and Social Security information, along with party affiliation and voting history. Most secretaries of state saw it for what it was, a startling overreach.

Elections and cybersecurity experts across the country have warned that the commission’s request raises major privacy and security concerns. There are many outstanding questions about how the voter data would be transferred, stored and used.

The commission already faces several lawsuits from national civil rights and voting rights groups. These lawsuits send a strong message that the commission, which has no power to compel anyone to do anything, will not go unchallenged.

Let me reassure California voters: I will not provide the Trump commission with your personal data. I will continue to do everything in my power to protect every citizen’s right to register and vote free of barriers and intimidation.

But we must do more. Trump’s commission and their voter suppression agenda are not going away.

The Voting Rights Act was last reauthorized in 2006 by the United States Senate in a 98-0 vote and signed by President George W. Bush. Since then, there has been a broad concerted effort to roll back voter protections.

In a misguided 2013 decision, the U.S. Supreme Court struck down key provisions of the Voting Rights Act. This has led to many states passing restrictive voter laws.

According to the Brennan Center for Justice, 14 states put in place new voting restrictions – including strict voter ID requirements and reducing early voting opportunities – leading up to the 2016 presidential election.

And it continues. This year more laws to restrict voting were introduced in dozens of states. Several states are aggressively purging voters from their rolls.

Ohio faces a lawsuit over the unconstitutional removal of eligible voters. At the same time that Kobach made his data request, U.S. Attorney General Jeff Sessions – who also has a long history of supporting voter-suppression efforts – and his Department of Justice initiated an unprecedented inquiry about the voter roll maintenance procedures of every state.

And Kobach emails released in July make clear their intention is to weaken the National Voter Registration Act. We will continue to resist these efforts by the Trump administration. There is a better way.

In California, we are creating a more-inclusive democracy. We’ve passed legislation to create automatic voter registration for eligible citizens who visit the DMV.

A landmark new law allows counties to adopt a new election model where all registered voters will automatically receive their ballot 28 days prior to Election Day. Voters will have the choice to return their ballots by mail, deliver them to a drop-off location or cast them in person at any vote center in the county. Sacramento County, along with several others, will debut this system in 2018.

Californians who miss the traditional voter registration deadline will now have the opportunity to register or re-register to vote all the way up to Election Day at county elections offices and other satellite locations. And we now have pre-registration for 16- and 17-year-olds, so they can vote as soon as they turn 18.

As Americans, we have a responsibility to increase voter participation, not stifle it. Our future as a democracy requires it.

From Boston Harbor and Paul Revere to Seneca Falls and Selma, Americans have worked to not only preserve – but strengthen – our democracy. That’s what we should be doing today: removing barriers, empowering communities and enfranchising the people. Now more than ever.